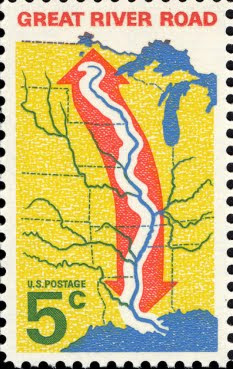 The stamp's image suggests the central portion of the United States from the Canadian border to the Gulf of Mexico.

The massive double-pointed red arrow denotes the route of the road, which is a white ribbon on either side of the Mississippi River.