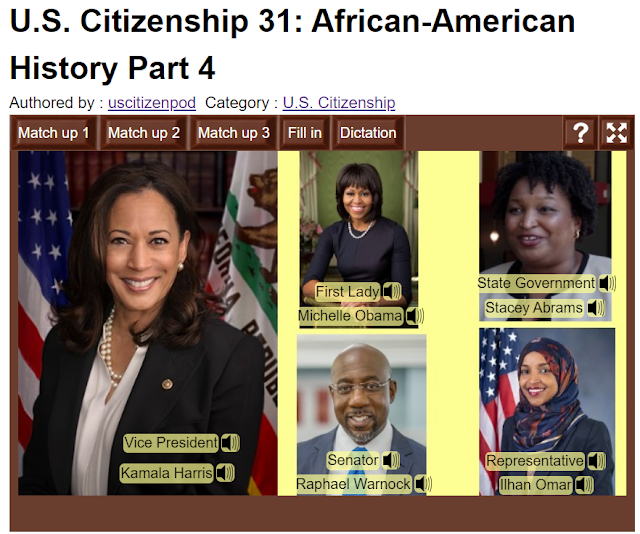 For a list of the USCIS 100 History and Civics Questions, see USCIS Test page

Kamala Harris is the first African-American and Asian-American to serve as Vice President.

USCIS 100:30. If the President can no longer serve, who becomes President?

Rev. Raphael Warnock was the first African-American elected to the U.S. Senate from Georgia.

Stacey Abrams has served in the Georgia state government for many years and recently led a voting rights organization.

USCIS 100:48. There are four amendments to the Constitution about who can vote. Describe one of them.

Michelle Obama was the first lady of the United States and continues to inspire many people.

USCIS 100:28. What is the name of the President of the United States now?*