The Oath Ceremony Part 5: I'm Proud to Be an American! 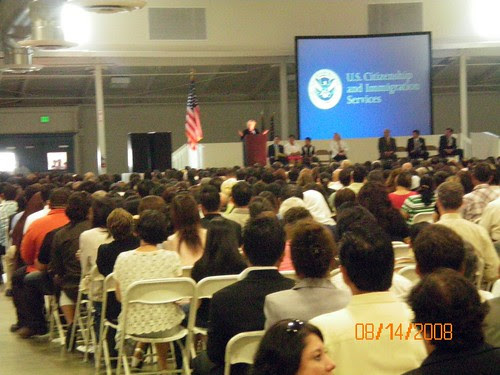 After the Oath of Allegiance, Congresswoman Zoe Lofgren, who represents south San Jose and Santa Clara County, spoke to the the new cititzens about her grandfather. She said that she was very proud of her immigrant grandfather and one of her most important possession is her grandfather's citizenship papers.

Her grandfather's pride in his new country inspired Congresswoman Zoe Lofgren to work hard on behalf of immigrants' rights. She is very sympathetic to all immigrant communities, particularly the San Jose Vietnamese-American community and worked towards a just resolution of the Little Saigon controversy. Here she is at the SJ 2008 Tet Parade:

After Congresswoman Zoe Lofgren spoke, we watched a video-taped greeting from President George W. Bush on a stadium screen. (Unfortunately, my photo of the President speaking on the video screen turned out very poorly. Here is a video of a similar speech that President George w. Bush gave on July 4, 2008 at an Oath Ceremony.) People loved the video's song, "I'm Proud to be an American" and I heard several groups of children singing the refrain over and over as we left the building.
After a short wait, the new citizens came out. Presenting Mr & Mrs Champaklal and Savita Nakrani, Citizens of the United States of America! 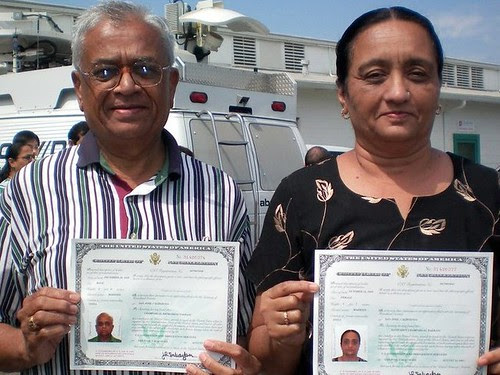 After this photo, the Nakranis immediately turned in their voter registration cards. Outside of the fairgrounds, they bought display folders for the citizenship papers and immediately slipped them in. 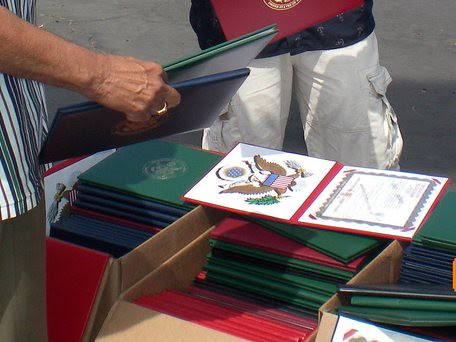 After years living in the shadows, the new citizens walked out into the noonday sun as Americans. 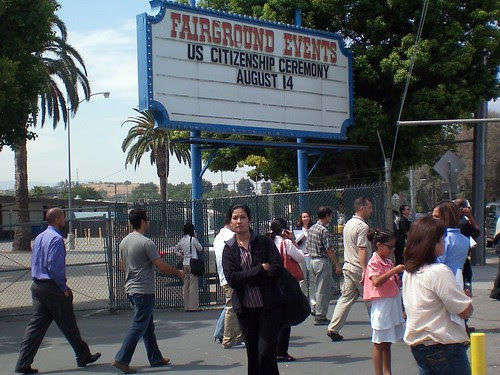 The End, but the story continues!
Posted by US Citizenship Podcast at 6:05 AM