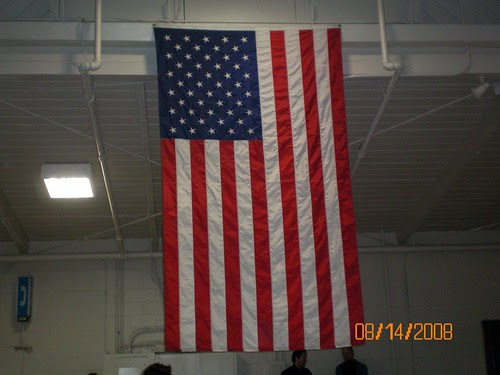 In March 2008, the USCIS changed their policy about giving voter registration forms to citizens-to-be before the Oath Ceremony.

The USCIS said that the county voting officials must wait until the very end of the Oath Ceremony to give voter registration forms to new citizens.

Why? Before the Oath Ceremony, the citizens-to-be are not legally citizens yet and only US citizens can register to vote.

After the change in March 2008, voter registration dropped by about 80 percent. After the Oath Ceremony, many new citizens didn't take the time to register to vote because they were in a hurry to return to work or to celebrate with friends and families.

Why? Because voting is the most important right and responsibility of a US citizen. The USCIS wants to help new citizens to vote in the upcoming presidential election and all following elections.

So, at the Thursday August 14 Oath Ceremony, citizens-to-be found voter registration cards in their seats. Some citizen-to-be filled the cards out immediately. 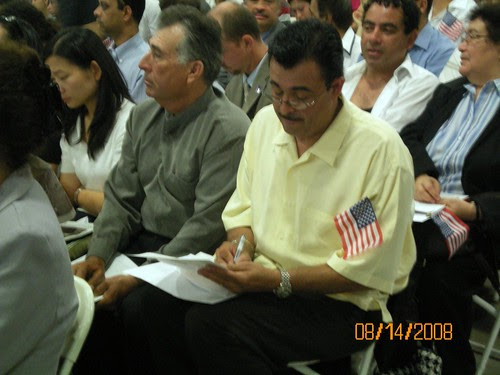 Before the actual Oath Ceremony began, officials from the Santa Clara County of Voters spoke in English, Spanish, Chinese, Vietnamese, and Tagalog--the official "ballot languages" of Santa Clara County. The speakers gave brief instructions about how to fill out the registration card. 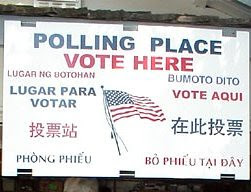 Polling places in Santa Clara county are identified in five languages: English, Spanish, Chinese, Vietnamese, and Tagalog.
A voter can fill-out a Preferred Language Survey at the polling place to receive voting info in his or her chosen language.

After the ceremony, the new citizens mobbed the voting officials to hand in their voter registration forms--it was so inspiring! 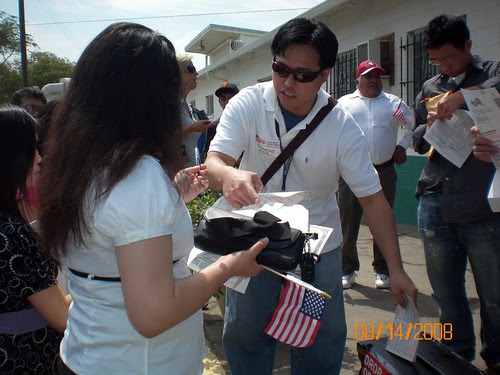 Kudos to the SJ Mercury News for reporting this story and to the USCIS and Santa Clara County Registar of Voters for immediately addressing and fixing this problem.

Natutalization? what kind of word is that??
It's good to proofread when talking about citizenship -- just saying. . . the intent is good, but the typo is glaring. Sorry if I'm nitpicking.