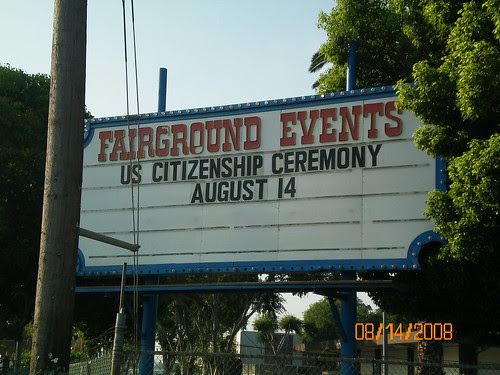 By mid-August 2008, so many people have passed their Citizenship interviews, that the USCIS arranged to hold the Oath Ceremony at the Santa Clara County Fairgrounds (a very large and convient location), instead of the smaller Campbell Heritage Theater.

Today's goal: US Citizenship for over 5000 people in morning and afternoon ceremony---WELCOME!

The ceremony was scheduled to begin at 10:30am. Because there was such a HUGE traffic jam before the previous ceremony, I decided to arrive at 8am. I easily found the "Citizen-to-be" line and followed to the beginning. who was in front of the line? Mr and Mrs Nakrani--they got there at 6:30am! 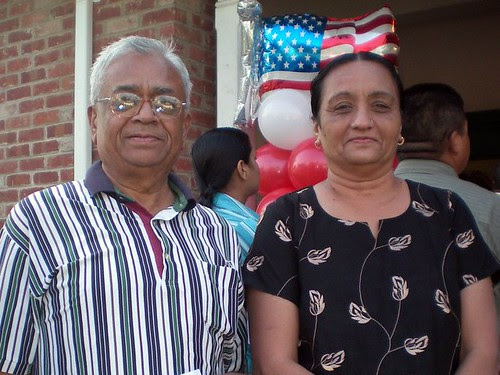 I followed the "Citizen-to-be" line to the end and found two more students, Xaiken and Thai, with their son. 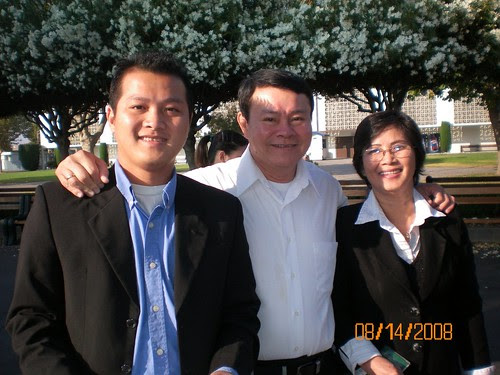 As we waited, Hoanh and her husband came. She passed her interview over 30 months ago and FINALLY got her letter for the Oath Ceremony. 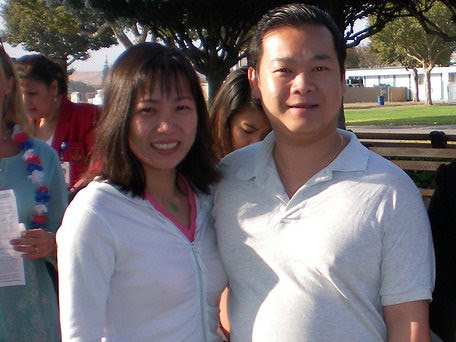 No sooner than saying "Hello!" a USCIS representative came by and checked the Citizens-to-be Oath Ceremony letter and paperwork. 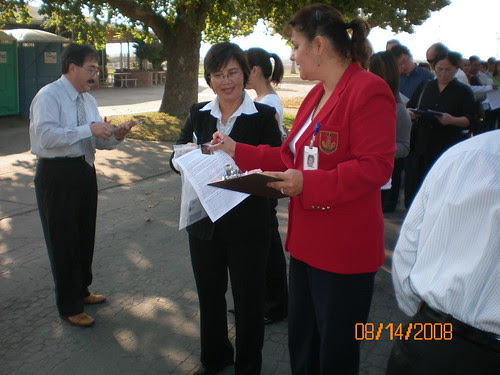 To be continued...
Posted by US Citizenship Podcast at 6:05 AM