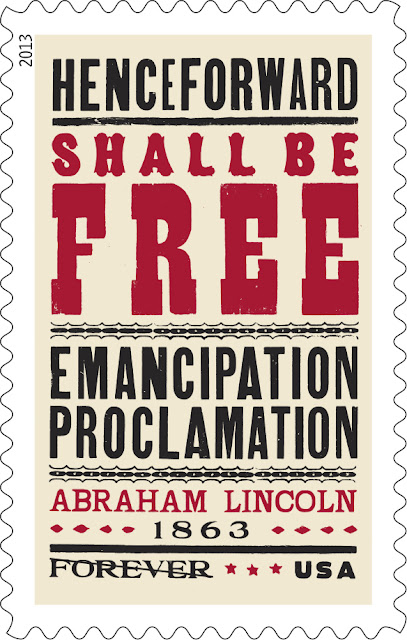 USPS will commemorate the 150th anniversary of the Emancipation Proclamation, which declared that all slaves in the rebel states of the Confederacy “are, and henceforward shall be free.” (read more)

USCIS 100:75. What was one important thing that Abraham Lincoln did?*
▪ freed the slaves (Emancipation Proclamation)
▪ saved (or preserved) the Union
▪ led the United States during the Civil War