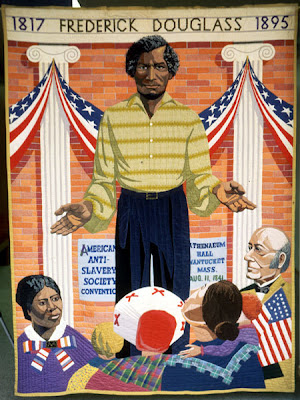 Happy African-American History Month! Today we continue our exploration of the USCIS History and Government questions and African American History. Today we will talk about USCIS 100:99. When do we celebrate Independence Day?*.

Watch actor Danny Glover read abolitionist Frederick Douglass's "Fourth of July Speech, 1852" on October 5, 2005 in Los Angeles, California. Part of a reading from Voices of a People's History of the United States (Howard Zinn and Anthony Arnove.)
Posted by US Citizenship Podcast at 12:01 AM