USCIS 100:65 The Constitutional Convention, the Great Compromise, and Slavery

100:65. What happened at the Constitutional Convention? 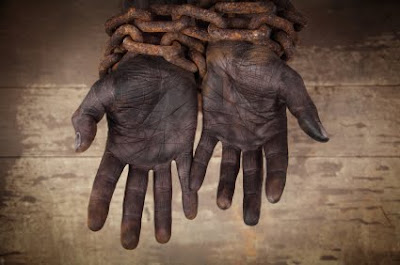 Today we will study USCIS 100:65. What happened at the Constitutional Convention?

We will first read about Q65 from the USCIS M638 quick civics lesson. Then we will talk about the Constitutional convention, the Great Compromise, the 3/5ths clause, and the 1808 Prohibition of the Importation of African slaves. We will also learn about the Northwest Ordinance and will read about a slave mother's daring escape across an icy Ohio River

The Northwest Ordinance prohibited slavery in the new states and established the Ohio River as the border between slave and free states between Appalachian mountains and east of the Mississippi river. Here is a scene from a famous novel, Uncle Tom's Cabin by Harriet Beecher Stowe. To save her child from being sold away from her, a slave mother carries her child across an icy Ohio River . 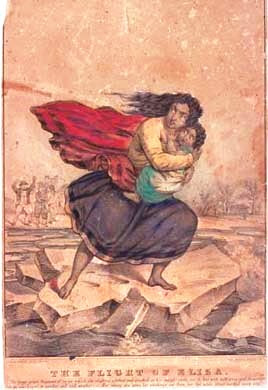 To escape across the Ohio river carrying the child, were the first hurried outline of her plan of escape; beyond that, she could only hope in God.

An hour before sunset, she entered the village of T——, by the Ohio river, weary and foot-sore, but still strong in heart. Her first glance was at the river, which lay, like Jordan, between her and the Canaan of liberty on the other side.

It was now early spring, and the river was swollen and turbulent; great cakes of floating ice were swinging heavily to and fro in the turbid waters...Eliza stood, for a moment, contemplating this unfavorable aspect of things...

A thousand lives seemed to be concentrated in that one moment to Eliza. Her room opened by a side door to the river. She caught her child, and sprang down the steps towards it. The trader caught a full glimpse of her just as she was disappearing down the bank; and throwing himself from his horse, and calling loudly on Sam and Andy, he was after her like a hound after a deer. In that dizzy moment her feet to her scarce seemed to touch the ground, and a moment brought her to the water's edge. Right on behind they came; and, nerved with strength such as God gives only to the desperate, with one wild cry and flying leap, she vaulted sheer over the turbid current by the shore, on to the raft of ice beyond. It was a desperate leap—impossible to anything but madness and despair; and Haley, Sam, and Andy, instinctively cried out, and lifted up their hands, as she did it.

The huge green fragment of ice on which she alighted pitched and creaked as her weight came on it, but she staid there not a moment. With wild cries and desperate energy she leaped to another and still another cake; stumbling—leaping—slipping—springing upwards again! Her shoes are gone—her stockings cut from her feet—while blood marked every step; but she saw nothing, felt nothing, till dimly, as in a dream, she saw the Ohio side, and a man helping her up the bank.

"Yer a brave gal, now, whoever ye ar!" said the man.
Posted by US Citizenship Podcast at 11:54 PM