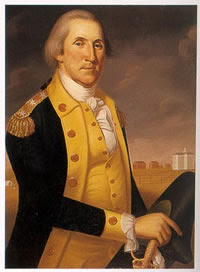 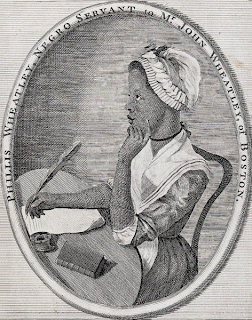 Happy African American History Month! Today we continue our new series about the USCIS 100qs and African-American History. Today we will study USCIS 100:69. Who is the “Father of Our Country”?

We will first read about USCIS 100:69 from the USCIS M638 quick civics lesson. Then We will talk about General George Washington, an African-American poet Phillis Wheatly, and we will find out who is Columbia. Let’s get started! 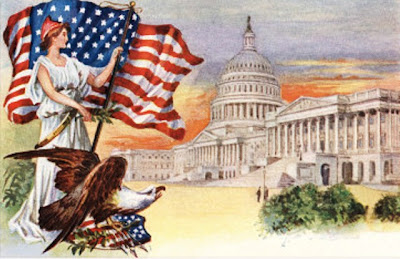 To His Excellency General Washington
by Phillis Wheatley

Celestial choir! enthron’d in realms of light,
Columbia’s scenes of glorious toils I write.
While freedom’s cause her anxious breast alarms,
She flashes dreadful in refulgent arms.
See mother earth her offspring’s fate bemoan,
And nations gaze at scenes before unknown!
See the bright beams of heaven’s revolving light
Involved in sorrows and veil of night!
The goddess comes, she moves divinely fair,
Olive and laurel bind her golden hair:
Wherever shines this native of the skies,
Unnumber’d charms and recent graces rise.
Muse! bow propitious while my pen relates
How pour her armies through a thousand gates,
As when Eolus heaven’s fair face deforms,
Enwrapp’d in tempest and a night of storms;
Astonish’d ocean feels the wild uproar,
The refluent surges beat the sounding shore;
Or thick as leaves in Autumn’s golden reign,
Such, and so many, moves the warrior’s train.
In bright array they seek the work of war,
Where high unfurl’d the ensign waves in air.
Shall I to Washington their praise recite?
Enough thou knw’st them in the fields of fight.
Thee, first in peace and honours,—we demand
The grace and glory of thy martial band.
Fam’d for thy valour, for thy virtues more,
Hear every tongue thy guardian aid implore!
One century scarce perform’d its destined round,
When Gallic powers Columbia’s fury found;
And so may you, whoever dares disgrace
The land of freedom’s heaven-defended race!
Fix’d are the eyes of nations on the scales,
For in their hopes Columbia’s arm prevails.
Anon Britannia droops the pensive head,
While round increase the rising hills of dead.
Ah! cruel blindness to Columbia’s state!
Lament thy thirst of boundless power too late.
Proceed, great chief, with virtue on thy side,
Thy ev’ry action let the goddess guide.
A crown, a mansion, and a throne that shine,
With gold unfading, WASHINGTON! be thine.