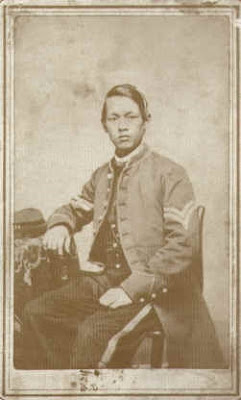 VOANews: Historian Recounts Role of Chinese Americans Who Fought In US Civil War

Many people would be surprised to know that there were some Asian faces in the crowds of white and black soldiers serving in the American Civil War. The participation of Asians, particularly Chinese Americans, comes into focus this month as the United States marks the 150th anniversary of the start of the war.

Assoc. to Commemorate the Chinese serving in the American Civil War
Posted by US Citizenship Podcast at 10:14 PM