JFK Memorial at The Grotto, Portland, OR 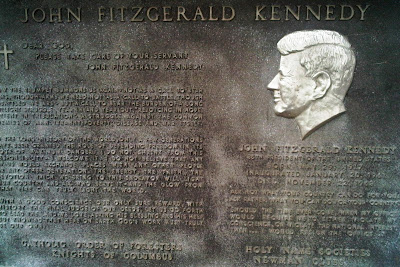 Sent via BlackBerry from T-Mobile

Hello from Portland, OR! This weekend, I am visiting friends who have brought me to The Grotto for a couple of hours of prayer and refelction. Outside The Grotto, there is a memorial to John Fitzgerald Kennedy, the first Roman Catholic elected as US president. With JFK's election, millions of American Catholics felt fully included in the US political system. An imperfect man, an imperfect president, an imperfect saint: I submit that JFK is the patron of modern American Catholicism. John Fitzgerald Kennedy--ora pro nobis!

Posted by US Citizenship Podcast at 1:53 PM