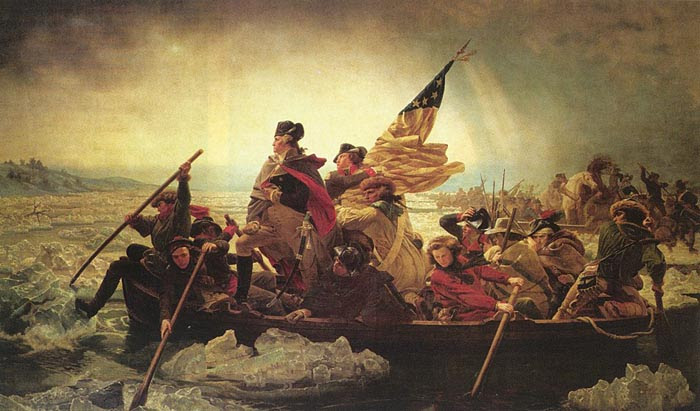 Click the picture to make the image larger.
A Brief History of Washington’s Crossing of the Delaware River, Christmas Night 1776

George Washington led his army across the icy Delaware River and surprise attacked the Hessians at Trenton, New Jersey on Christmas Day, 1776. The Continental Army had little to celebrate that Christmas and seemed beaten by hunger and cold until their victory over the Hessians and English armies. This battle was followed by the Second Battle of Trenton on January 2, 1777, and the Battle of Princeton a day later. The victories bolstered sagging morale, changing the course of the American Revolution.
Posted by US Citizenship Podcast at 6:05 AM