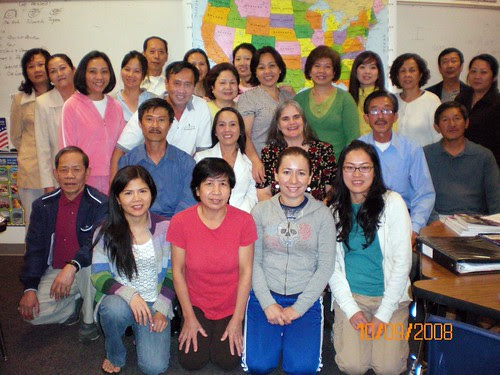 Here are ten sentences for reading and dictation. These sentences are based on answers to the USCIS 96:61-70 Questions. Instead of phrasal responses, the answers are given in complete sentences.

61. The Supreme Court is the highest court in the United States.
62. Abraham Lincoln was President during the Civil War.
63. The Emancipation Proclamation freed the slaves.
64. The Cabinet advises the President.
65. George Washington is called the “Father of our Country”.
66. George Washington was the first Commander-in-Chief of the US Army.
67. Hawaii was the 50th state to be added to our Union.
68. The Native Americans helped the Pilgrims in America.
69. The Mayflower was the ship that brought the Pilgrims to America.
70. The 13 original states of the U.S. were called colonies.
Direct download: s71-80.mp3
Posted by US Citizenship Podcast at 6:05 AM