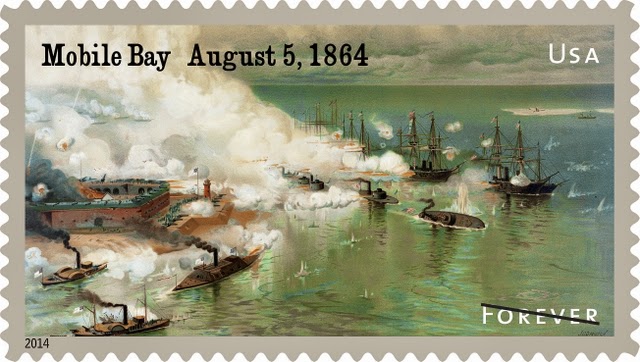 One of the new Civil War: 1864 stamps that will be late July 2014 depicts Adm. David G. Farragut’s fleet at the Battle of Mobile Bay (Alabama).

See the whole USPS CIVIL WAR SESQUICENTENNIAL series illustrating moments from the war-torn years of 1861 to 1865, issued around the time of the Civil War’s 150th anniversary.

USPS 100:75. What was one important thing that Abraham Lincoln did?*
▪ freed the slaves (Emancipation Proclamation)
▪ saved (or preserved) the Union
▪ led the United States during the Civil War