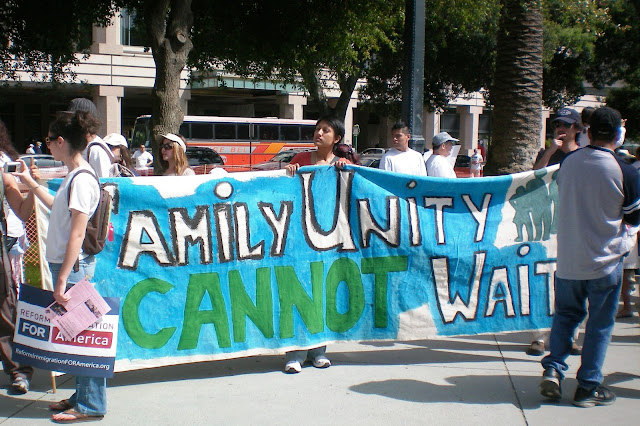 Valentin Tachiquin banged nine times on a metal podium outside the U.S. Capitol Building, the number of times his daughter was shot to death by a border patrol agent last year.

“I’m not a politician, I’m a hurting dad,” Tachiquin, a Hispanic U.S. citizen who works as a corrections officer at the California Institution for Women, said Wednesday. “I would die for this country, but don’t kill my family just because you have a badge.”

​​Tachiquin is part of a group of civil and human rights activists, local politicians, business and faith leaders who traveled to Washington from communities along the Mexican and Canadian borders this week. They're urging members of Congress to take a more humane approach to border security in an upcoming immigration reform bill. (read more)
Posted by US Citizenship Podcast at 12:30 AM