How (historically) presidential are the candidates? 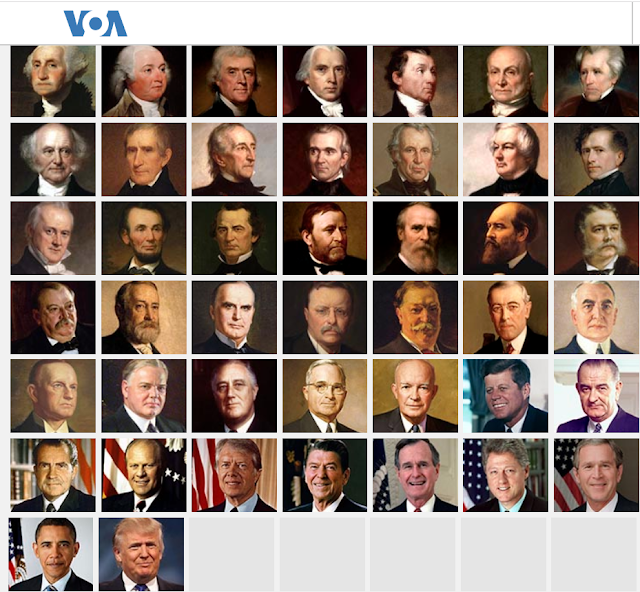 VOANews: How (historically) presidential are the candidates?
The Democratic candidates running for president have a range of experiences, with some serving in high-profile elected positions, such as vice president, state governor or a U.S. Congress member, while others have held smaller elected roles, such as a city mayor . . . Here's how the candidates’ experiences stack up against each other as well as with U.S. presidents throughout history. (read more)

VOANews: A Guide to the Democratic Presidential Candidates
The next U.S. presidential election is not until November 2020, but there is already a large field of Democrats eager to contend for their party’s presidential nomination next year. Here is a list of those who have formally entered the race for the White House.

VOANews: Immigration
The Democrats running for the party’s nomination in the 2020 presidential election tend to agree on some immigration issues, such as allowing a path to citizenship, while differing over others, such as what benefits migrants should receive upon entering the country.

VOANews: Climate change
Climate change, usually not at the forefront of election issues, has taken a larger footprint in the 2020 election cycle. The Democrats have stated policy positions from reducing the effects of climate change to calling it a geopolitical threat to the country.

VOANews: Impeachment
The issue of whether or not to begin impeachment proceedings against President Donald Trump has split Democrats, with some calling for the House of Representatives to take up the matter immediately; while others urge more caution or argue that the best way to remove Trump from office is at the ballot box.

VOANews: A Guide to the Republican Presidential Candidates
Three Republicans have taken the unusual step of challenging a sitting president from their own party.  Here is a list of those who have formally entered the race.

Posted by US Citizenship Podcast at 12:04 AM