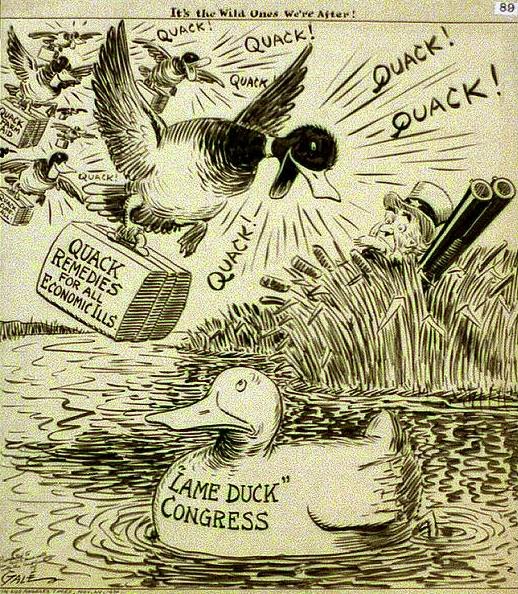 “This week, the lame ducks are returning to Congress for their last bit of legislating (making laws). But no one seems too excited to see them.” That was the lede (or lead; the first sentence or paragraph) for a news story in the Washington Post last week.

Other newspapers and websites echoed (repeated) those feelings in their headlines (the title of a news story):
We all probably know what a duck is. But, a lame duck? (read more)
Posted by US Citizenship Podcast at 12:30 AM