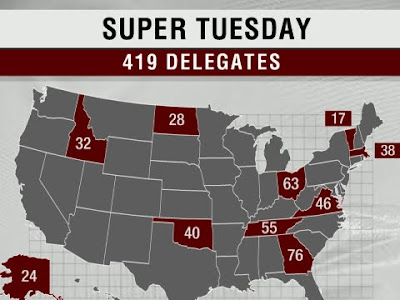 Voters in 10 U.S. states are going to the polls for "Super Tuesday" nominating contests in the biggest day of voting yet in the race to choose the Republican Party's presidential nominee. (read more)

Posted by US Citizenship Podcast at 3:15 PM