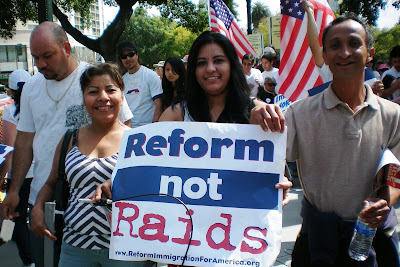 The Obama administration says it will review the cases of more than 300,000 illegal immigrants facing deportation to determine if they can stay in the United States.

Washington is buzzing following an announcement by President Barack Obama's administration that the U.S. now will focus its deportation efforts on illegal immigrants with criminal records or those who pose a threat to national security.
Posted by US Citizenship Podcast at 12:01 AM