"In sum, the system is broken.
And everybody knows it."
--Barack Obama 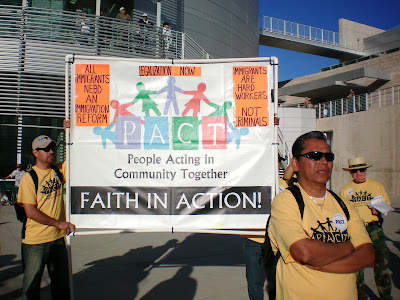 One reason for the speech was the state of Arizona's recent passage of its own law against illegal immigration. That law has led to protests around the country. However, in public opinion surveys a majority of Americans support it. Mr. Obama criticized the law, but said such laws are the understandable result of inaction at the federal level. download MP3 (Right-click or option-click and save link)

U.S. President Barack Obama is calling on Congress to rise above partisan divisions and fix the country's immigration system. In a speech Thursday, Mr. Obama said the failure of lawmakers in Washington to act makes the problem of illegal immigration worse. VOA's Kent Klein has more.
Posted by US Citizenship Podcast at 8:55 AM