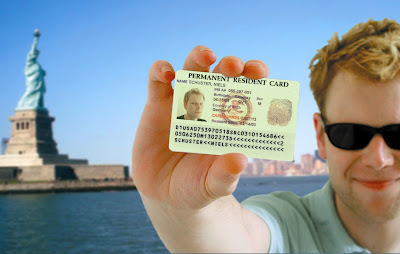 Nearly a million people became U.S. citizens last year, and just over a million became legal permanent residents, according to new data released by the U.S. Department of Homeland Security. The data shows the numbers of new “green card” holders and naturalizations, the process of becoming a U.S. citizen, have been fairly steady over the past few years, with a modest bump in naturalizations last year. (read more)
Posted by US Citizenship Podcast at 12:17 PM