US Flag Over Farm Stamp 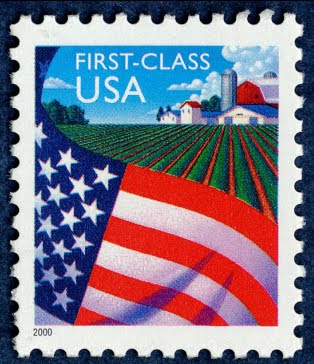 Several of the Founding Fathers--George Washington, John Adams, and Thomas Jefferson--were farmers. According to the most recent US Agriculture Census, there are 2.2 million farms in the United States.

The Postal Service issued the First-class Flag Over Farm definitive stamp in Washington, DC, on December 15, 2000. The stamp, designed by Richard Sheaff of Scottsdale, Arizona, and illustrated by Hiro Kimura of Brooklyn