NYTimes: Leaning on Jail, City of Immigrants Fills Cells With Its Own 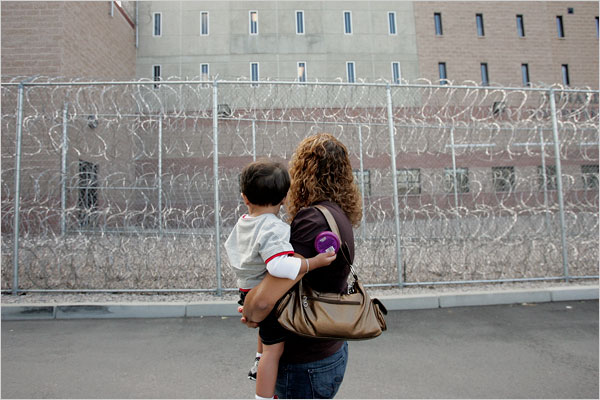 A woman and her son prepare to visit her husband, an immigration detainee
at the Detention Facility in Central Falls, R.I. More photos.
Leaning on Jail, City of Immigrants Fills Cells With Its Own By NINA BERNSTEIN, NYTimes
In Central Falls, R.I., a mostly Latino city, few realized that a jail held hundreds of people caught in the nation’s crackdown on illegal immigration. Photos

A Growing Detention Network
People picked up on suspicion of immigration violations are held in a patchwork of detention centers. Most of the largest are privately run. Interactive Map

An Immigrant Jail in an Immigrant Town
As a detention center tries to cash in, a community lives in fear. Video

NYTimes Topics: Immigration Detention In-Custody Deaths
Posted by US Citizenship Podcast at 12:01 AM